As MOD Pizza reached a milestone of 400 stores, it realized a few critical areas of communication needed improved. Namely, the menu system.

MOD sought to update how they communicate their unique offering, giving the guest a clearer understanding of “How to MOD”, especially in new markets. Additionally, MOD wanted a system for existing AND new stores that would be more cost effective and simple to update over time, giving them greater opportunity to change prices, update seasonal items, and communicate new product launches in a streamlined fashion.

With VGS’ experience in full store communications design, menu board architecture & optimization, as well as 35+ years developing economical, efficient products for the restaurant industry, we were able to create a perfect solution. 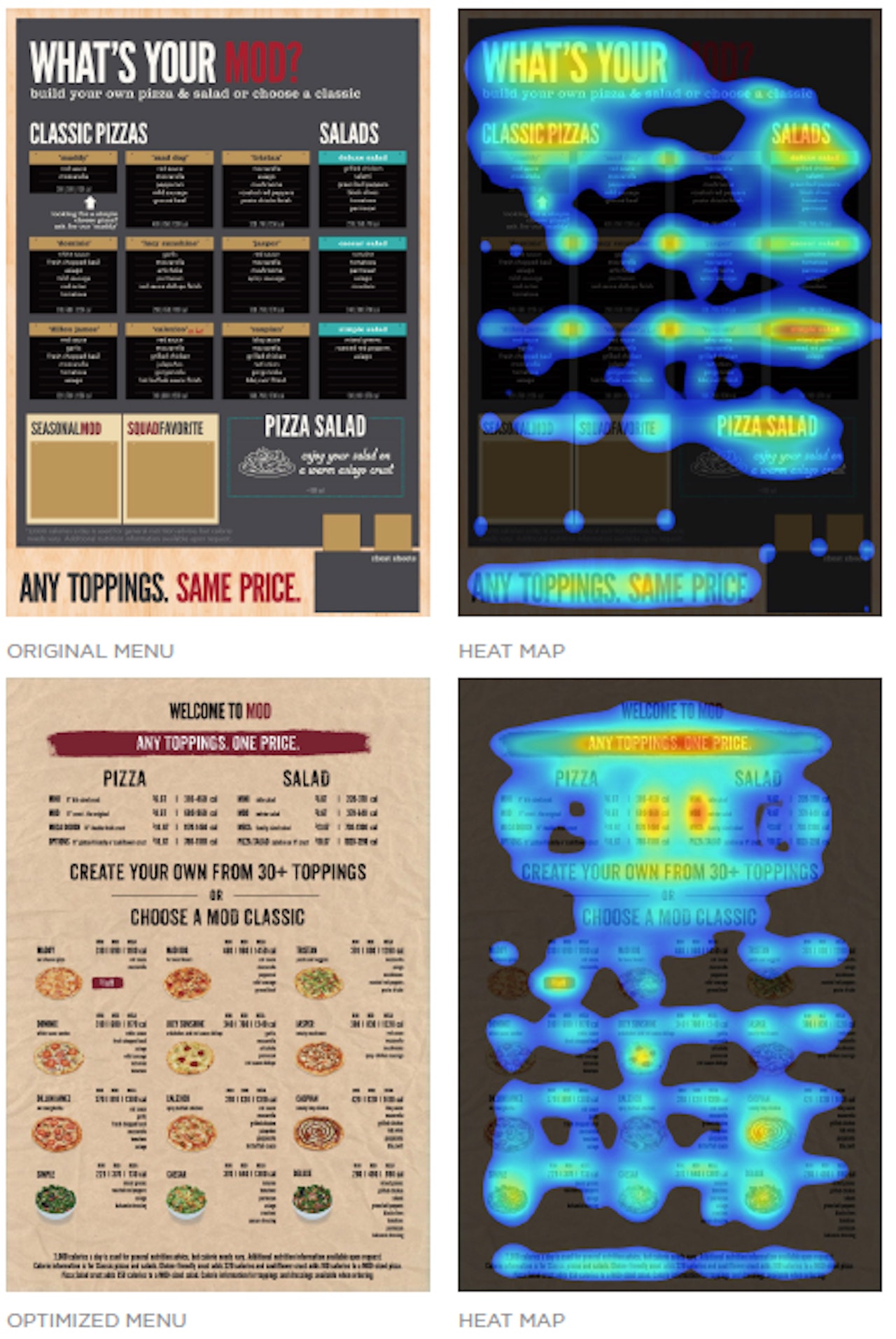 The first thing to solve was the menu content. With MOD’s endless options all for one great price, plus pre-compiled “Classics” to choose from, we needed to prioritize their hierarchy of messaging. By communicating unlimited toppings for one price first, then clearly telling the customer “How to MOD”, VGS & MOD drastically simplified the decision process for the customer. Additionally, VGS helped develop a system to include photography in tasteful MOD style, which also helped the customer better identify with the MOD Classics selections. Lastly, VGS created a system for sides (More Stuff) and drinks that allowed the customer to visually understand MOD’s full offering.

Once the content was solved for, VGS then had to address developing a system that would work for BOTH existing and new locations, giving MOD the power to update their menu content more simply and cost effectively.

By utilizing the backer structures within existing stores, VGS designed a system to retrofit all 425 locations (at the time) with a new, on brand system that utilizes paper posters and magnetic inserts to portray menu content. In doing so, we also were able to set a standard for all new stores to include a new backer for each menu touch-point, giving MOD a common system throughout their now 500+ stores and growing. 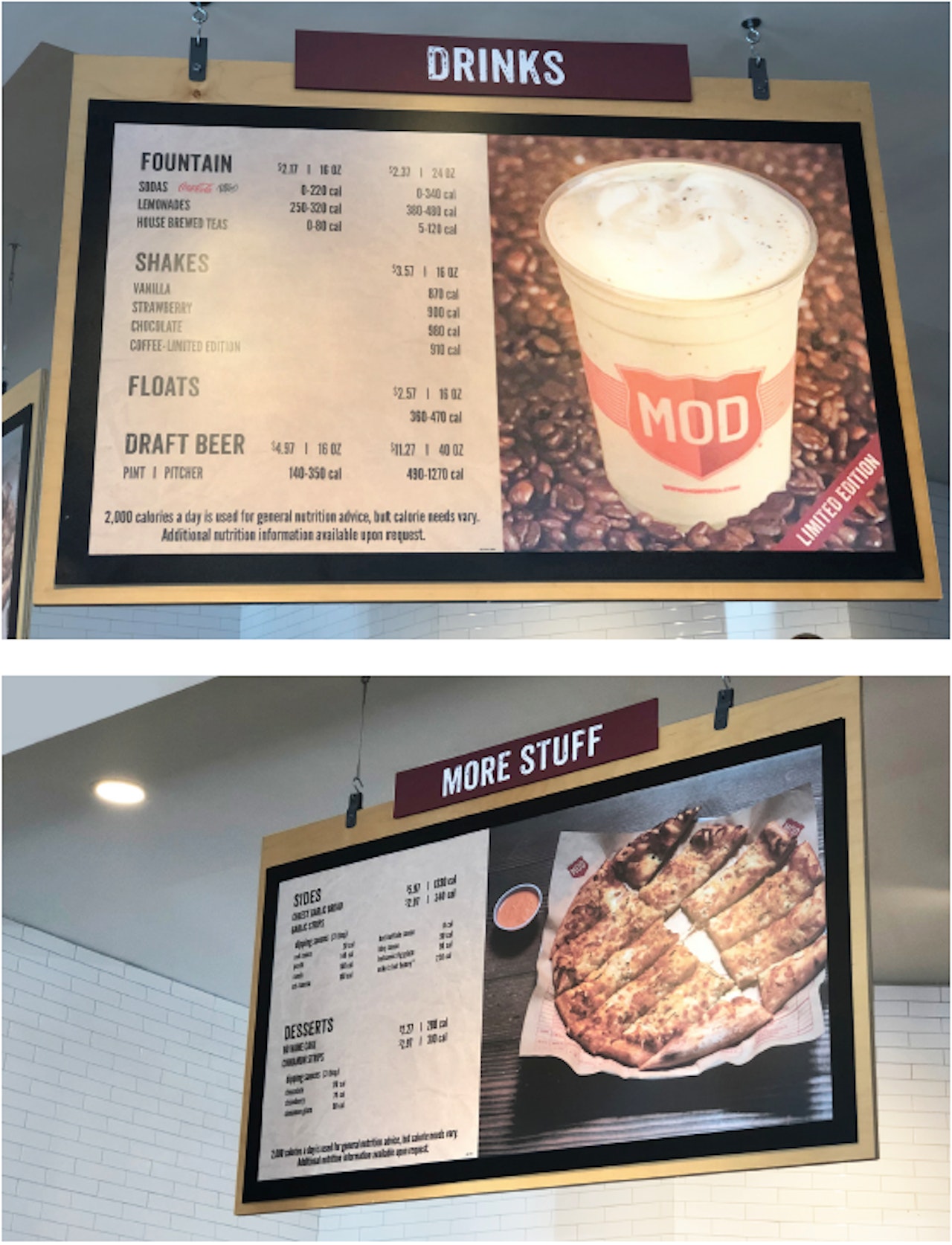 ​VGS achieved the goal of both simplifying the content for the customer, as well as provided a system that allows MOD a more cost-effective way of approaching menu updates as their offering evolved. Our menu system is now in over 500 of MOD's restaurants and counting! 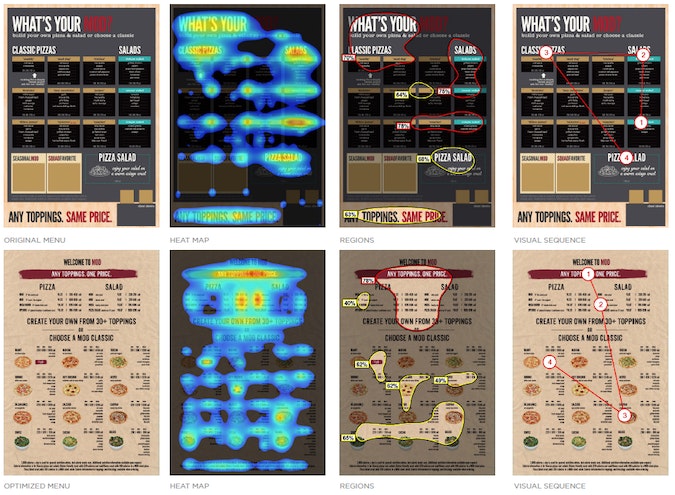 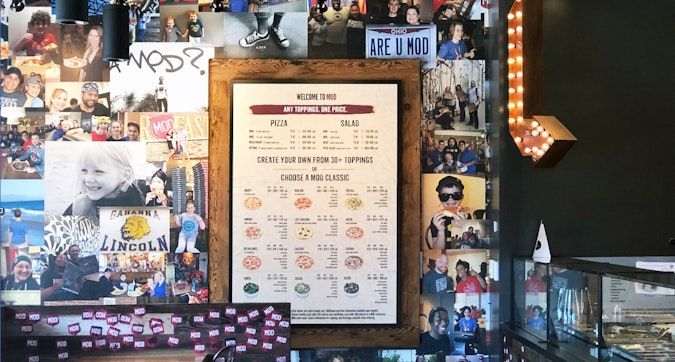 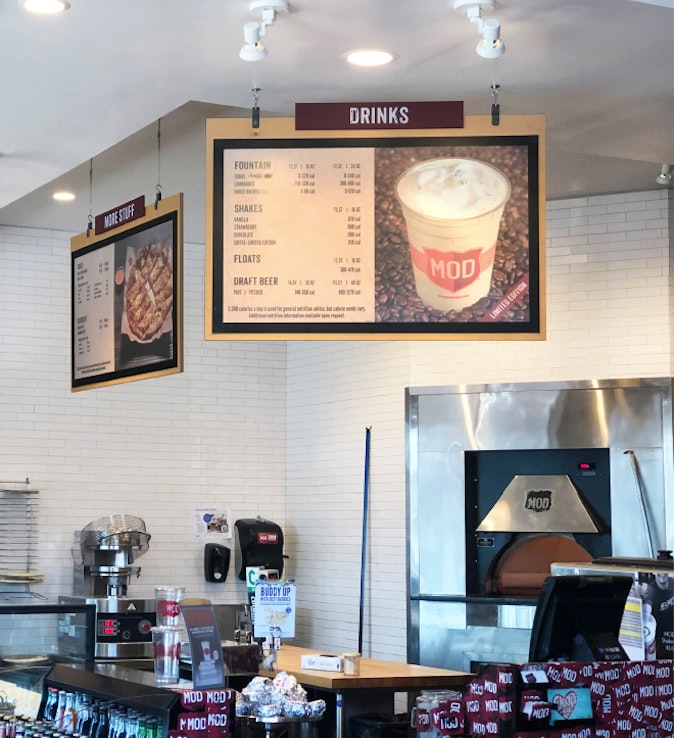